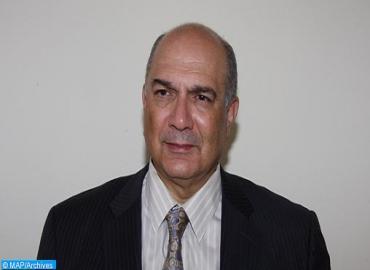 Mostafa Terrab, CEO of the Office Cherifien de Phosphate (OCP) said, here Monday, that OCP Group will be the world’s largest producer of fertilizers by 2017.

Terrab told reporters on the sidelines of HM King Mohammed VI’s inauguration of a new complex for the production of fertilizers in Jorf Lasfar, that “this unit is one of four units that will produce 12 million tons of fertilizers annually by 2017, positioning OCP Group as the largest producer of fertilizers in the world”.

He pointed out that this new complex, which required an estimated budget of 5.3 billion dirhams, will export its products entirely to the African market.

Why Did Islamic State (Daesh) Launch Virulent Media Campaign against Morocco, Others?