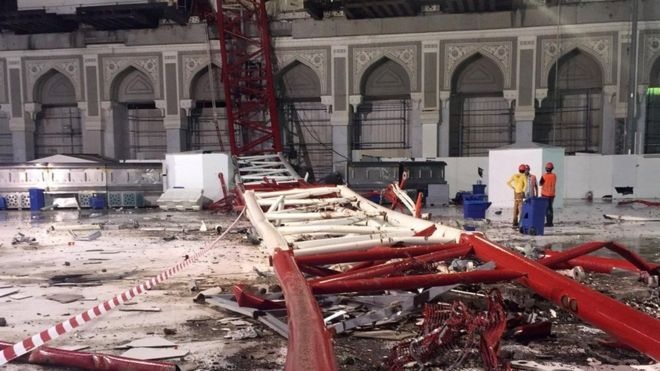 A Moroccan citizen residing in Mecca since 2007 died from the accidental fall of a crane near the Haram al Makki in Saudi Arabia, said Sunday a statement from the Embassy of Morocco in Riyadh.

“Further to its press release of September 12 on the monitoring of the status of Moroccan citizens after the accidental fall on Friday of a crane near the Haram al Makki, and as part of its commitment to further research, the Morocco’s Embassy in Riyadh mourns death of a Moroccan citizen residing in Mecca since 2007 in the said accident, “the statement said.

“The body was identified Sunday morning by the family of the deceased after the Saudi authorities allowed access to the morgue Maissem to the holy city of Mecca,” added the embassy.

Responding to the will and wishes of the family of the deceased, the services of the Consulate General in Jeddah proceeded to the establishment of the necessary documents for his burial in the Holy City of Mecca, the statement concluded. Morocco Would Provide Asylum to 500 Syrians