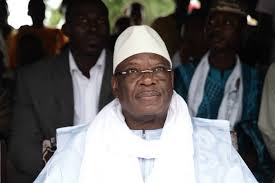 Malian President Ibrahim Boubacar Keita has canceled his participation in the summit of the African Union, scheduled for 30 and 31 January in Addis Ababa, to get to Gao, in northern Mali, where a violent protest against the Integrated Mission of United Nations (MINUSMA) caused several deaths, we learned from official sources.

During the visit to Gao, the Head of State of Mali on Thursday, will have interviews with local authorities and those of the MINUSMA, said the Malian presidency on his Twitter account.

At least three people were killed Tuesday in Gao during demonstrations against the establishment by the UN mission of a Temporary Security Zone in the locality of Tabankort controlled by armed groups supporting the Malian government against rebels.

The protesters believe that this measure “will force the armed groups loyal to disarm or abandon their positions. ”

Following these events, the MINUSMA decided to withdraw its proposed creation of the temporary security zone. ‘The project has been misunderstood and diverted from its main objective has lost its reason for being,’ ‘says the MINUSMA in a statement, adding that the document’ has unfortunately been manipulated into the form and disseminated by some media, causing confusion among the public. ”

Tabankort is the scene of regular clashes between Tuareg rebels and pro-government groups. Morocco won 14 seats in the Index of Economic Freedom