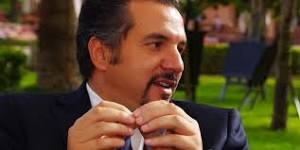 Hamid Bentahar elected tourism personality of the year 2014 in Morocco

The director of Accor luxury operations to Africa and the Indian Ocean, Hamid Bentahar, was elected Thursday in Rabat, Personality of the Year 2014 in the tourism sector in Morocco, to end the second edition of the survey launched by Tourisma Post, information portal for professionals of tourism in Morocco.
The survey in which they have participated sector operators, journalists and Internet users in 47 countries worldwide, aims to identify the individuals who have contributed to the development of tourism in Morocco, scoring industry news during the year 2014.
Among the nine candidates for the trophy, all belonging to the public and private tourism sector in Morocco, Mr. Bentahar was elected with 512,849 votes, more than 62 pc of the total votes which reached 818,078 this year, followed by the President of Kenzi group Abdellatif Kebbaj and the Director General of the Moroccan tourist engineering Corporation (SMIT), Imad Berrakad.

The awards ceremony, which was attended by several Moroccan tourism operators, was chaired by the Minister of Tourism, Lahcen Haddad, who praised the initiative, which focuses on the efforts of professionals in the service of tourism Morocco. Belgium: At least 2 dead after an anti-terrorist operation

3 persons killed in Verviers in Belgium Anti Terrorist shoot out