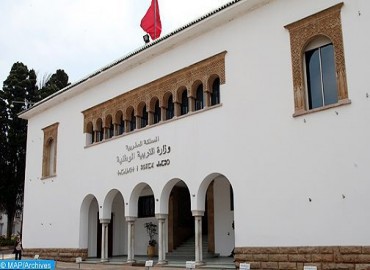 Higher education exams will be held in September in open-access institutions and from mid-July for limited-access institutions, with adoption of the principle of flexibility in the organization of tests, minister of National Education, Vocational Training, Higher Education and Scientific Research, Saaid Amzazi, said Monday in Rabat.

The ministry has decided to adopt flexibility for limited-access institutions as well as for certain selective academic streams, namely professional degrees and masters in the organization of examinations from mid-July, Amzazi said during the weekly oral question session in the House of Representatives.

The ministry has decided to opt for multiple evaluation formulas because of the limited number of students in these institutions, he explained, adding that this decision was taken within the framework of the pedagogical independence of universities, on the proposal of the conference of university presidents and in consultation with the trade unions.

“It is possible for these institutions to postpone exams for certain cycles and levels to next September,” he noted.

With regard to examinations in open-access establishments, Amzazi stressed that they would be held in September, given the high number of students and the difficulty of managing their mobility and accommodation under the current health emergency conditions.

The minister also stressed that students can discuss their final projects and doctoral theses via videoconferences, while ensuring that health prevention and safety measures are respected, in order to carry out the necessary scientific research work.

Concerning Moroccan students studying abroad, within the framework of bilateral international cooperation between the Kingdom of Morocco and certain countries, who returned to their countries during the school holidays and were unable to return to the countries where they were studying because of the health containment measures introduced as a result of the spread of the coronavirus pandemic, the minister stressed that his department has undertaken, in coordination with the ministry of Foreign Affairs and the embassies of the countries concerned, to organize their examinations in Morocco, while doing the same for foreign students studying in Morocco.

National Education: Next School Year to Start on 2 September.