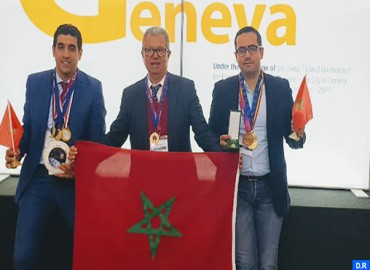 The Moroccan School of Engineering Sciences (EMSI) won three medals at the International Invention Show AsianInvent, which was held online Thursday in Singapore.

In this difficult crisis of the coronavirus pandemic and despite the containment measures that have been decided across the world, Morocco was able to excel again through the EMSI and won three medals at the AsianInvent International Invention Show, EMSI said in a release.

“Our Research Laboratories have been able to carry out an amazing work despite these difficult times that Morocco and the whole world are experiencing, so as to be on time and put our expertise in scientific research to contribute to the development of inventions and innovation in Morocco”, said the president of the EMSI Group, Kamal Daissaoui, as quoted in the release.

The results of the jury of the most important innovation show in Asia have been validated by the European Academy of Sciences, the source said.

Morocco, represented by the research, development and innovation laboratories “SMARTiLAB” and “LPRI” of the EMSI was awarded for the inventions “A smart micro wind System For an Auxiliary Electrical Energy Production”, “Micro Hydro-Aeolian Production for A Position Energy building” and “An intelligent, efficient and digit hospital Management Ecosystem”.

The invention “Micro Hydro-Aeolian Production for A Position Energy building”, which won a gold medal, provides of source of electrical energy at motorways or other roads through a system mixing two types of wind turbines and allowing the transformation and the exploitation of the energy of an air stream.

The innovation “An intelligent, efficient and digit hospital Management Ecosystem”, which was awarded a silver medal in this competition, is intended to provide an auxiliary source of positive electrical energy in buildings through the introduction of a hybrid system made up of three blocks allowing the collection, the transformation and the exploitation of a hydraulic or wind energy.

Regarding the project “A smart micro wind system for an auxiliary electrical energy production”, which won a bronze medal, is about an ecosystem of intelligent hospital management for a patient in critical situation. The invention ensures the follow-up of the patient through an efficient and secure digital medical file which promotes exchanges, archiving and medical summaries for a better follow-up and decision-making in real time by the doctor.

This system significantly contributes to improving patient’s condition and the quality of health care while increasing the efficiency and improving the daily functioning of a doctor or health care facility.