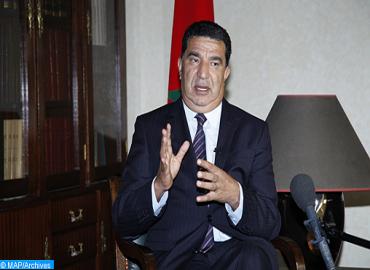 During a meeting with Minister Delegate in charge of Public Service and the Modernization of Administration, on the sidelines of the 6th Conference of the States Parties to the United Nations Convention against Corruption, held in St. Petersburg, on November 2-6, Fedotov stressed that the report issued following the UN control was good and positive, noting that Morocco has successfully completed this first step.

On this occasion, the UN official announced that the UN will launch a new series of tests during which the Office will use Morocco’s expertise in the field of the fight against corruption and particularly regarding cooperation between the countries of the South.

Regarding the recommendation made by Morocco during this conference, Fedotov considered that this is a good initiative that will help implement the United Nations Convention particularly its second article on prevention, adopted at the 4th conference of the States Parties to the UN Convention against Corruption, held in October 2011 in Marrakech.