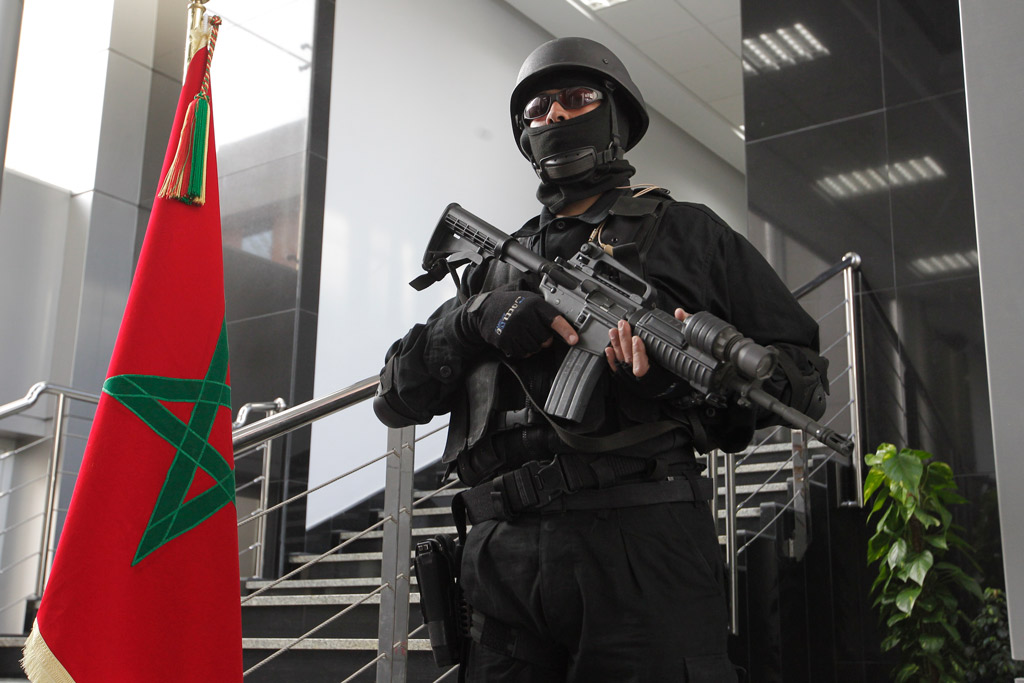 Ten people suspected of trying to recruit on behalf of the Islamic State group, including women, were arrested in Morocco and Spain, announced Sunday the Spanish Ministry of the Interior.

The ten suspects were arrested during an operation conducted jointly by the intelligence services of Morocco and the Spanish police. Six were arrested in Casablanca (northwestern Morocco) and four in the Spanish cities of Toledo (center), Badalona (northeast), Xeraco (east).

In Spain, two Moroccans, a Spaniard of Moroccan origin and Portuguese were arrested, all suspected of having had an “active role in radicalizing, indoctrinating and recruiting new followers to Daech (acronym for IE ), mainly for women.”

One of the men arrested in Morocco has also been convicted in Italy for activities linked to terrorism, according to the Moroccan Ministry of Interior, which has not supplied more details.
This network was to “sending foreign fighters to the regions of Syria and Iraq under Daesh control ” the statement added.

To do this, the suspects possessed “information in real time about the situation (in war zones)”, facilitating their decision making as to whether to send volunteers taking into account the situation on the ground.
The network had Systems’ highly secure communications, “the statement said, specifying that they were using” virtual communications platforms. ”

The last anti-terrorist operation conducted jointly by Madrid and Rabat dates back to August 25, and had led to the arrest of 14 alleged recruiters.

According to more than a hundred Spanish authorities (116 to 5 July) have joined the ranks of jihadist groups in Iraq or Syria, relatively low figure compared to the hundreds of French, British or Germans who left in these countries, according Madrid. Morocco Most Popular Destination Outside Europe for French Tourists

30,000 People Demonstrated in Rabat Against the Sweden Hostility to Morocco