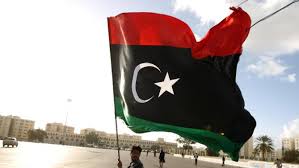 Skhirate – The warring parties participating in inter-Libyan political talks currently held in Skhirate, near Rabat, did not reach any agreement on the two items on the agenda, but they say they are attached to the dialogue as a “unique” way to achieve a “real” solution to the conflict in Libya.

Representatives of the two key delegations, the General National Congress (NMC) said “Parliament of Tripoli” and told parliament the internationally recognized “parliament of Tobruk”, said that the dialogue remains the only way out of Libya crisis for several months in this country.

Proposals were submitted to the Special Representative of the UN Secretary General for Libya, Bernardino Leon, on both questions in the negotiations, namely the security arrangements and the formation of a national unity government, they said.

They reported having submitted reports to the bodies they represent particular about the latest developments in the field, following the recent military actions against Tripoli and other areas.

In a press conference, Ali Mhamed Shu`aybah, first vice president of the “parliament of Tobruk” and president of the Dialogue Commission, said that dialogue remains a “strategic national option” to get the country out of the crisis and not a “tactic”.

The delegation of the “parliament of Tobruk” involved in these talks in a “positive” and in a spirit of “responsibility,” he added.

For its part, in a statement read by its President Saleh Makhzoume, the delegation of CNG highlights work to adopt “flexible” positions able to prepare the ground for solutions “practical and substantial” to the conflict.

Regarding the recent military actions, including strikes against Tripoli Mitiga airport and the attempted armed militias take control of the capital, the delegation of CNG, which thanked Morocco for hosting the talks, called on the international community to condemn these acts and to take the necessary action against the parties seeking to impede political negotiations.

The Libyan parties to the conflict resumed political talks on Saturday morning in Skhirate for the second consecutive day, with the Special Representative of the UN Secretary General for Libya, the Spaniard Bernardino Leon.

This recovery comes as on the ground, the situation continues to deteriorate, especially with the ongoing military actions and attacks that targeted basic infrastructure in many parts of the country.

Shortly before the resumption of the negotiations, Mr. Leon condemned in the terms “strongest” military attacks that targeted the day before the Libyan capital. The UN official has described as “irresponsible” attacks deserve, from the United Nations, the “strongest condemnation”. meeting in Tunis between Moroccan and Tunisian foreign ministers