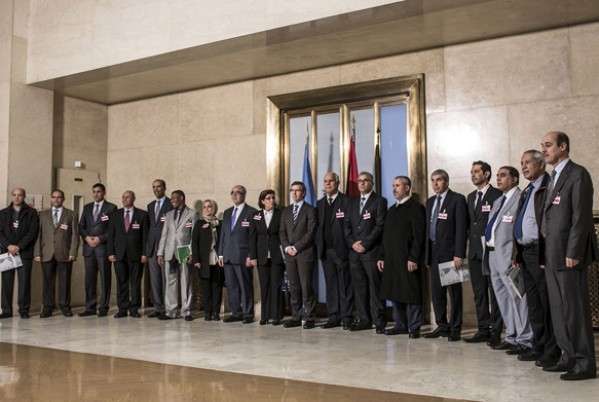 End of the first day of inter-Libyan political negotiations

The first day of inter-Libyan political negotiations taking place in Skhirat under United Nations auspices, ended Thursday night, with the participation of representatives of the warring parties to find a peaceful solution to the political crisis in Libya .

During the first day of talks, the Special Representative of the UN Secretary General, Bernardino Leon, met with each of the two delegations separately.

According to the German ambassador in Libya, Tunis resident, Christian Much, “these inter-Libyan political talks are held in a favor climate”.

“The main objective of these negotiations is the formation of a national unity government,” he said, noting that the role of the international community and the countries present at the talks is to support the Libyan government to achieve a ceasefire, establish security, fight terrorism and restore peace and institutions in general.

On Wednesday, the UN Support Mission in Libya (UNSMIL) announced the holding in Morocco this round of Libyan political dialogue, after all the invited parties have expressed their agreement to participate in this meeting.

“The parties have formally communicated their decision to take part in this dialogue after close consultation with the Special Representative of the UN Secretary General, Bernardino Leon, during his visit to Tobruk and Tripoli March 2, 2015,” had UNSMIL said in a statement. Inter-Libyan political talks in Morocco, an illustration of the Kingdom trust of all Libyan belligerents