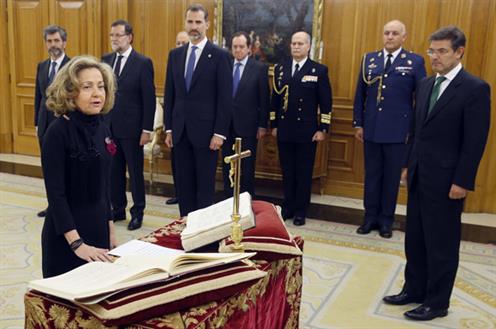 The Attorney General of the Spanish State, Consuelo Madrigal, welcomed the judicial and security cooperation “very positive, fluid and active” between Spain and Morocco in the fight against terrorism.

This cooperation is “very active and positive, fluid and gives very good results,” Ms. Madrigal said in a statement reported Thursday by the local media.

While stressing that cooperation “very positive” existed for years between the two countries, the Attorney General of the Spanish State highlighted the existence of cooperation “very intense” between the security services of both countries and the prosecution of the National Court, Spain’s highest criminal court, in the fight against terrorism and in other areas.

This cooperation does not only affect the fight against terrorism, but also the area of “cross-border crime” with Morocco, the European Union and other countries on organized drug trafficking and crime, has noted the Spanish official.

A mind that many cells and networks of recruitment and sending “jihadist” in conflict zones such as Syria and Iraq have been dismantled in recent months by the Spanish and Moroccan security services.

Consuelo Madrigal was appointed in early January new attorney general of the Spanish State to replace Eduardo Torres-Dulce, who recently presented his resignation for “personal reasons. Document of Mohammed Fizazi relationship With Morocco Intellegence Is Falsified