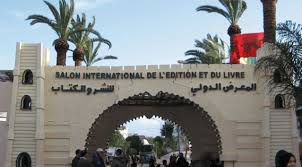 Palestine honor guest of the 21th edition of the Casablanca SIEL Palestine is the guest of honor at the 21th edition of the International Publishing and Book Fair (SIEL), held from 13 to 22 February 2015 at the Office of Fair Casablanca.

This edition, organized under the patronage of HM King Mohammed VI, will recognize Palestine, its memory and its culture in the presence of a large delegation composed of 80 members, led by Deputy Prime Minister and Minister the Palestinian Culture, Ziad Abu Amr.

Speaking at a press conference chaired Wednesday in Rabat, by the Minister of Culture, Mohamed Amine Sbihi, Ambassador of Palestine in Rabat, Amin Abu Hassira noted that 10 Palestinian publishers, representing the West Bank and the Gaza Strip, will take part in SIEL.

Moreover, he added, Palestinian intellectuals from Palestine and other countries will host seminars, conferences and meetings focused on different aspects of life, heritage, and culture in the occupied territories.

The diplomat expressed his gratitude for this initiative which enshrines the permanent position of solidarity towards Palestine and Morocco is an opportunity to promote Palestinian creativity in the fields of art, education and the social sciences.

The presence of Palestine in Casablanca SIEL reflects the strength of bilateral relations, knowing that Morocco was the guest of honor at the 9th International Book Fair in Ramallah (10-20 April 2014).

230 anti-Mubarak activists got sentenced to life imprisonment in Egypt