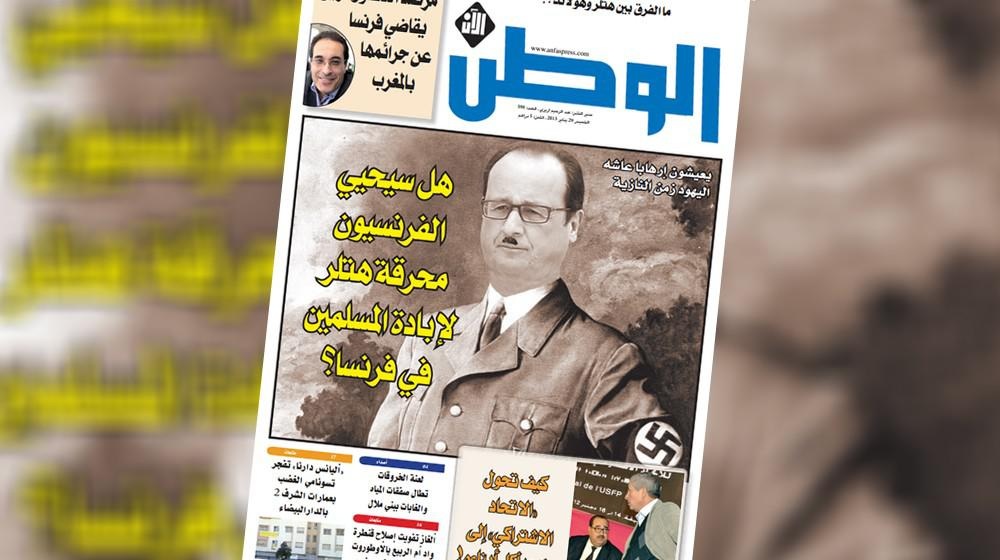 In magazine cover, Francois Hollande appears dressed in a Nazi outfit, decked an armband with a swastika and sporting a small mustache similar to that of Hitler.

Moroccan weekly Al Watan Al Ane has chosen to make this dubious photomontage in its front page of its edition dated Thursday, January 29, accompanied by the title: “The French will they revive Hitler’s concentration camps to exterminate Muslims?

the publishing director of Al Watan Al Ane, Abderrahim Ariri, “assumes” no problem coverage and the comparison with the Nazi regime. “This is a wakeup call for the political class in Morocco and France, he assures to francetv info.

Since the attack against Charlie Hebdo, we have many testimonies that indicate that Islamophobia has taken very serious proportions in France.” He said.

More than 30 killed and 34 Injured in Egypt

New Iranian Ambassader In Rabat After 6 Years of Rift