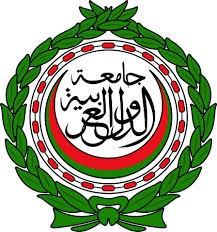 The Arab League has called for the establishment of a joint force of Arab action in the fight against terrorism, which is consistent with the provisions of the League Charter and the Treaty of Joint Defence between States of the pan-Arab organization.

In a study prepared by the Secretariat of the League and presented by its secretary general, Nabil Al Arabi, at a special meeting of the League Council at the level of Foreign Ministers, the organization called for the holding of an extraordinary meeting of Arab Defence Council to discuss how to set up Arab military intervention and the mechanisms of their intervention, their political and legal reference, composition and member countries.
This study developed at the initiative of the Council of Arab Ministers stressed the importance of an active and effective diplomatic action in coordination with the countries of the region and civil society, the aim being to provide assistance and necessary support for the establishment of a force of Arab intervention and coordinate efforts to make available the same logistical support to facilitate its work.
The study warns against the dangers short and medium terms of the creation, training and arming local militias and stresses the importance of the regular forces in the fight against terrorism.
it drew attention to the importance of finding global solutions to the current disputes and armed conflicts in the Arab region, to bar the road of terrorism that threatens Arab security, social peace and unity of the social fabric .
The study called for the development of programs to promote the policy and the consecration of the democratic values of culture dialogue, citizenship and respect for human rights, emphasizing the need to give priority to question of overall social development, which promotes stability, security and social cohesion based on equality and social justice.

3 persons killed in Verviers in Belgium Anti Terrorist shoot out