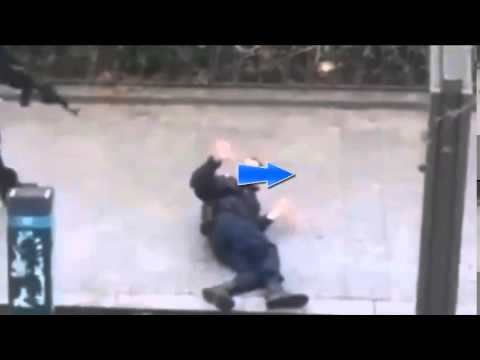 The French shaken by three days of terrorist horror

With the outcome of Friday, the French have lived fifty hours of anxiety of terrorist horror that began late Wednesday morning by a killer in the local newspaper Charlie Hebdo in Paris.

Twelve people were killed, including many of the mythical figures of the satirical newspaper and eleven others were injured, four seriously by gunfire from heavy weapons of two individuals who had fled in a car after stoping a motorist driving his vehicle and fled on it.

The discovery of an identity document and several other objects will direct police hunt which provide, in particular through several arrests and dissemination, as part of an appeal for witnesses, photo of two brothers, and Sharif Said Kouachi (aged 34 and 32 years), where they are identified as the perpetrators of the attack.

Given the gravity of the situation, the French president decreed on Thursday, day of national mourning, while in the Wednesday night gatherings are held in all cities, in memory of the victims of the attack and support their bereaved families. These gatherings will echo an international boost solidarity to denounce terrorism and intolerance.

Although day of mourning on Thursday morning will be enameled in Montrouge, for impromptu Kalashnikov shots an individual that will kill a communal police and injuring another person. The man will flee and initially no link is established with the killing of Charlie Hebdo.

By late afternoon, the brothers will be recognized Kouachi morning by the manager of a gas station near Villers-Cotterêt, 80 km northeast of Paris. Police hunt is growing in this area and will be consolidated on Friday morning, after the two fugitives, heavily armed, were identified by a motorist they had relieved of his car. They then subtracted with a hostage in a printing Dammartin-en-Goële.

Meanwhile, police broadcast a call for witnesses with photos of Amedy Coulibaly and his companion Hayat Boumedienne, Coulibaly identify as the killer of police Montrouge and announced that two arrests took place in his very close entourage.

Friday at noon, police reported a shooting and taking at least five hostages in a kosher supermarket near the Porte de Vincennes in Paris. Two people were killed in the shooting and the police identify Coulibaly as the hostage taker. Security forces surround the area.

A Dammartin-en-Goele, an impressive security system was put in place and the roads were sealed off by the security forces ordered residents to remain confined to their homes pending the outcome of the hostage taking .

Information on the links between Kouachi and Coulibaly brothers begin to be filtered to the media. Coulibaly and Kouachi Sharif in 2010 were involved in the investigation of an attempted escape of Ait Ali Belkacem Smaïn, a former Algerian Armed Islamic Group (GIA), condemned for the attack of the RER station Museum Orsay in October 1995 in Paris. Kouachi had received a dismissal and was traveling in Yemen while Coulibaly was sentenced to five years in prison in December 2013.

Two nearly simultaneous assaults will be given in late afternoon Dammartin and kosher supermarket. A Dammartin the Kouachi brothers were killed and their hostages freed, while the balance of the storming of the supermarket is heavy: Five dead, including the hostage taker Amedy Coulibaly, and four seriously injured in absolute emergency.

The king of Morocco Mohamed VI