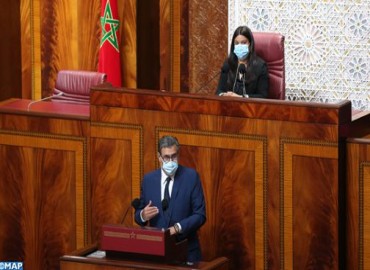 An amount of 350 million dirhams has been paid, so far, to farmers affected by scarce rainfall for the current agricultural season, said on Monday Minister of Agriculture, Fisheries, Rural Development, Water and Forests Aziz Akhannouch.

In response to a question at the House of Representatives, the Minister stated that this initiative was launched on an exceptional basis after the evaluation of the impact of drought in collaboration with the MAMDA, which began on March 14.

“The payment of these amounts started in mid-April instead of July, in order to mitigate the impact of rainfall deficit on farmers,” he said.

Crédit Agricole supported small farmers in these circumstances with a certain number of products in the form of financing estimated at 1.5 billion MAD, a barley acquisition program for the benefit of breeders, a spring crops program (600 mln MAD) and a fruit tree planting program (400 mln MAD).