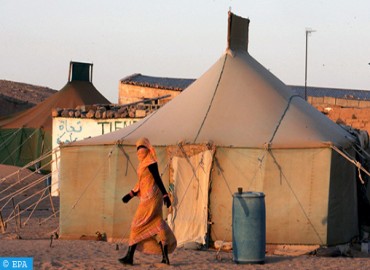 Algeria’s decision to delegate the management of the Tindouf camps to the polisario, a criminal Mafia paramilitary militia, is a violation of international law, said Hubert Seillan, a lawyer at the Paris Appeals Court.

The geographical location of the camps in Algerian territory and their de facto management by “polisario” are illegal in international law, Seillan said in an interview on the program “the Sahara debate” of the electronic portal “Sahara Question”.

There cannot be any delegation of sovereignty, thus of responsibility, from a state to a non-state actor, even less so a military one, affirmed the expert, adding that the absence of a clear legal framework governing the status of the Tindouf populations is an “exceptional, unprecedented” case in international law.

The UN Human Rights Committee has confirmed this situation in the Concluding Observations it has adopted at its 123rd session regarding Algeria’s fourth periodic report of the implementation of the International Covenant on Civil and Political Rights. The Committee has indeed expressed its “concerns over the de facto devolution of Algeria’s power to polisario”.

Algeria’s delegation of sovereignty to “polisario” is a verifiable fact, as the Algerian army and “polisario” cordon off the camps, thus restricting access and exit, said Seillan.

Taking the delegation of sovereignty to the extreme, Algeria even chose to leave the management of the COVID-19 pandemic to “polisario,” an armed militia that has neither legal authority nor technical capacity to this effect, stressed the French lawyer.

On human rights violations, Seillan raised questions regarding the unknown whereabouts of Ahmed Khalil, a former “polisario” cadre whom he is the lawyer, who has been arrested by Algeria in 2009 and disappeared since then, underlining Algeria’s responsibility in his disappearance.

The gravity of the human rights situation in the Tindouf camps has been clearly reflected by the latest UN Secretary General report (S/2019/787) dated on October 2, 2019, which states that UNHCR has received information on the harassment, the arrest, the arbitrary detention, and the ill-treatment inflicted on a human rights defender and a blogger involved in the documentation of human rights violations in the region. They were arrested in June 2019.

In reaction to Algeria’s instrumentalization of the issue of the Gdim Izik common law prisoners, Seillan, who was one of the international observers to their trial, declared it exemplary, and that the prisoners were sentenced to perfectly equitable prison terms given the nature of the crimes they perpetrated.

Having visited himself their detention facilities, Seilla also testified to the conformity of the conditions of the incarceration of the Gdim Izik with international standards.

Seillan, president of the France-Morocco Foundation for Sustainable Development, was the guest of a citizen show on the Sahara, intended to be a democratic, open platform for dispassionate and serene analysis on the issue of the Moroccan Sahara.