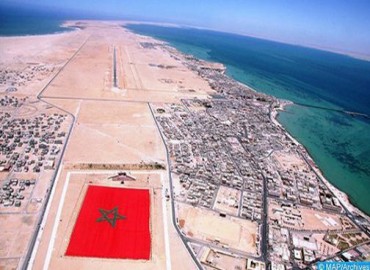 French Lawyer: Moroccanness of Sahara is Confirmed in Fact and in Law

The Moroccanness of Sahara is irreversible, despite the manoeuvres of Algeria and polisario, said Hubert Seillan, lawyer at the Paris Appeals Court.

The Sahara is Moroccan and cannot be anything else than that, he said in an interview on the “Sahara debate” program of the electronic portal “Sahara Question”.

For the French expert, the Moroccanness of the Sahara is confirmed in fact and in law, as evidenced by the analyses developed in his books “The Moroccan Sahara: Space and Time” and “Politics against the Law”, translated into English.

Seillan also recalled the momentum of the opening of Consulates general in Laayoune and Dakhla in December 2019, stressing in this sense that Algeria was the only country among the 193 member States of the United Nations to react to the opening of Consulates in the Moroccan Sahara, eager to intimidate African States through statements and the recalling of ambassadors.

Algeria, he noted, was counting on the Security Council to curb this momentum by trying to exert pressure on the eve of the briefing devoted by the Council to the issue of Moroccan Sahara on April 9, 2020, recalling that the UN executive body had then ignored Algerian gesticulations.

In the health sector, Seillan praised the colossal efforts made by Morocco to deal with the pandemic of the new coronavirus (COVID-19), seeing it as “exemplary management” hailed by several countries, the international media, and social networks.

Seillan, president of the France-Morocco Foundation for Sustainable Development, was the guest of a citizen show on the Sahara, intended to be a democratic, open platform for dispassionate and serene analysis on the issue of the Moroccan Sahara.