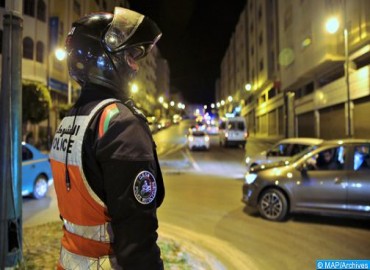 The Moroccan public authorities have decided to extend the state of health emergency throughout the national territory from May 20, 2020, at 6:00 p.m. until June 10, 2020, at 6:00 p.m., said a joint release from the ministries of the Interior, Health and Industry, Trade and Green and Digital Economy.

As part of the strengthening of precautionary measures aimed at stopping the spread of the novel coronavirus and in view of the current situation which requires ensuring the adequacy of the measures taken with the development of the epidemiological situation in the various regions, prefectures and provinces of the Kingdom, and in order to safeguard the health and safety of citizens, the public authorities announce the extension of the state of health emergency throughout the national territory until June 10, 2020, at 6:00 p.m., the source pointed out.

In order to put in place the conditions that would boost the national economy, the public authorities will ensure a regular assessment on the ground and the monitoring of daily developments in order to set up an economic takeoff plan and relaunch the various economic sectors after Eid El Fitr.

The public authorities urge citizens to respect all the precautionary measures, including the ban of travel between prefectures and provinces except in cases of extreme necessity or in the context of the movement of people working in some economic sectors in addition to the transport of goods and basic products.

Support from citizens remains crucial during the next step so as to review the various restrictions decided by the state of health emergency, the source added.

National Education: Next School Year to Start on 2 September.

Portal ‘Tadamoncovid’: A Space for Submission of Claims by Informal Workers Starting Thursday