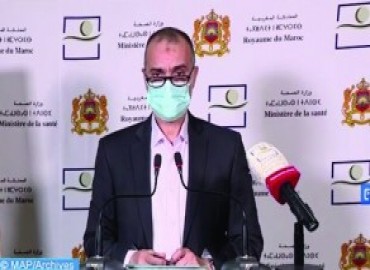 Eighty-two (82) new cases of COVID-19 infection have been reported during the last 24 hours, bringing the total number of cases of contamination to 6,952 in the Kingdom, the ministry of Health announced on Monday.

No new deaths have been recorded in the last 24 hours, keeping the number of fatalities at 192, said director of epidemiology and disease control at the ministry of Health, Mohamed El Youbi, in a statement broadcast by MAP on its TV channel M24 and on RIM RADIO.

The ministry of Health urges citizens to respect the rules of hygiene and health safety, as well as the preventive measures taken by the Moroccan authorities, by demonstrating responsibility and patriotism.