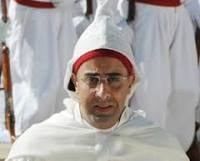 The weekly paid thus tribute “to the man who represents a task of paramount importance and a prevailing situation because it impacts all of us”.

Abdellatif Hammouchi is “Mr. security”, he has under his supervision all the domestic security mechanism, the DGSN and the DGST, said the weekly in a statement.

Hard to image such heavy responsibility in these times, it said, adding that Morocco is in phase with cross-border security threats and has assisted many foreign countries in their counterterrorism fight. Marrakesh in Top 20 Destinations for French to Celebrate New Year