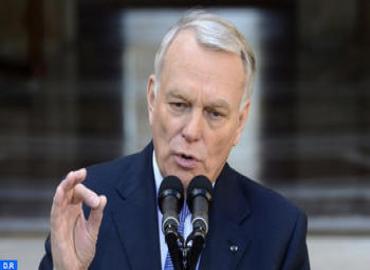 French foreign minister Jean-Marc Ayrault underlined, on Wednesday in Paris, that Morocco and France are united to promote the same humanistic values through art to face extremism and withdrawal into oneself.

In a speech before HRH Prince Moulay Rachid, who chaired the preview of “Morocco throughout ages exhibition”, held on Oct. 12 to Dec. 30 at the Museum of the Order of Liberation, the French official extended France’s heartfelt thanks to HM King Mohammed VI for holding this event under his high patronage , affirming that the relation between France and Morocco is very rich especially at the cultural level.

Highlighting the special interest that the sovereign takes in culture as a vehicle to bring peoples and civilizations closer, Ayrault recalled that Rabat had hosted, under the patronage of HM the King and president François Hollande, a retrospective on contemporary sculptor  Alberto Giacometti.

The year 2017 ushers in a promising artistic beginning with the great Picasso exhibition slated in the spring at the Mohammed VI museum for contemporary and modern art in Rabat, he said.

On a different topic, the French minister said that, in a less than a month, Marrakech will host the COP22, a major event held under the theme of action and innovation.