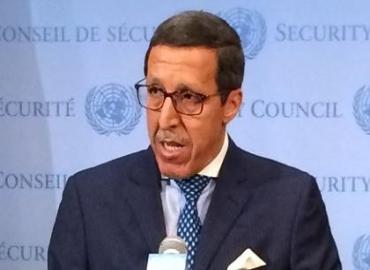 Morocco’s permanent representative to the UN, ambassador Omar Hilale, presented, on Friday at the UN, the aspects and logistics of the COP22, slated on Nov. 7-18 in Marrakech.

Ambassadors of states accredited to the UN and representatives of international organizations attended this information session.

Hilale recalled that the Paris Agreement put the fight against global warming at the heart of sustainable and solidarity-based development. He underlined that the said agreement confirmed the principle of shared and differentiated responsibility regarding developing countries, notably least developed countries and small island developing states.

Hilale voiced Morocco’s satisfaction with the ratification process of the Paris agreement on climate change, whose enforcement is scheduled on Nov. 4, 2016, and gave details on the conference’s logistical aspects.