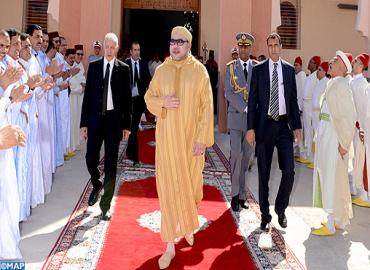 The visit of HM King Mohammed VI to the southern provinces is “a decisive step for the future of the region and the Kingdom”‘, MEP Rachida Dati said.

As part of an ambitious planning and economic development strategy for the Kingdom, “HM the King endows the southern provinces with all the means to devise a new development model which promotes significant economic, technological and social development for the entire population”, Dati said in a statement to MAP.

Former French Justice Minister said that through an exceptional program dedicated to industry, tourism, sustainable development, education and research with large-scale projects such as the Foum El Oued technopolis and the Boujdour port, the Sovereign “once again demonstrated His ambitious vision for Morocco and the Moroccan people”.

She added that massive investments were made in the provinces of Dakhla, Laayoune and Guelmim, “which enter into modernity through a future plan spurred by the unwavering commitment of His Majesty the King”.