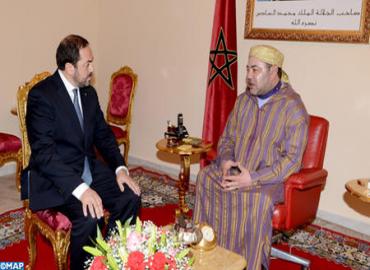 King Mohammed VI, who presided over the Council of Ministers held in Laayoune this February 6, appointed Abdelhamid Haddou CEO of the Royal Air Morocco (RAM). He succeeds Driss Benhima, in office since 2006.

Abdelhamid Haddou knows the tourism sector since 2014 had held for the post of Director General of the Development Corporation of Essaouira Mogador station (Saemog) and he was previously managing director of the National Office of Moroccan tourism (ONMT) between 2008 and 2012. Meanwhile, he was also spent sometimes at the management of Diana Holding.

During the same day, the sovereign has made another important appointment, that of Nasser Bourita at the post of Minister for Foreign Affairs.