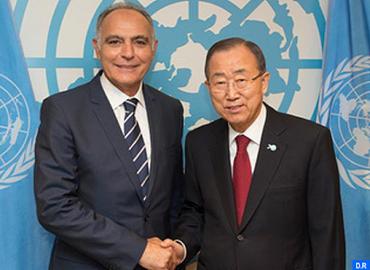 Morocco took part on Thursday in a donor conference in London aimed at raising the money needed to help millions of people whose lives have been torn apart by the devastating civil war.

Morocco is represented by an important delegation headed by Morocco’s Minister of Foreign Affairs and Cooperation, Salaheddine Mezouar.

The Moroccan delegation is expected to hold numerous meetings with officials of the countries participating in this event.

Some 70 leaders are expected to attend the conference which is co-hosted by the United Kingdom, Germany, Kuwait, Norway, and the United Nations to raise funding to meet immediate and longer-term needs of those affected.