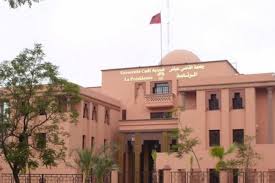 Cadi Ayyad University in Marrakech featured among the top 10 universities in the Middle East and North Africa region (MENA) in 2015, the president of the university, Abdellatif Miraoui, said here on Tuesday.

The university also ranked in the Top 50 of 700 universities belonging to BRICS and Emerging Economies in the same year, he added.

There are 70,000 students and 1,447 professors, noted Miraoui who was guest to MAP weekly forum to discuss “Challenges of excellence in scientific research”.

He added that the university raised its research facilities budget from 6.5% to 18%.

In addition to journalists, MAP forum takes place in the presence of representatives from ministerial departments and figures from a wide array of fields.

2016 Year of Unity and Victory over Islamic Extremism