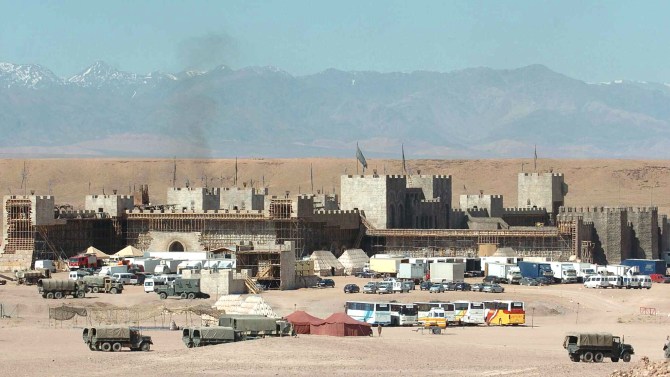 New Measure Expected to More Than Double Filming in Kingdom

Less than a week after the 15th Marrakech Film Festival, Morocco’s parliament has approved a new 2016 Finance Law that includes a new 20% cash rebate scheme for foreign shoots.

The final text will enter into force on March 31. The new Moroccan cashback mechanism offers a 20% cash rebate on all eligible spend in Morocco, provided that there is at least 10 million Moroccan dirham ($1 million) of eligible expenditure in Morocco and at least 18 days work – including set-building and/or the shoot. Given this, a production with only a six-day shoot but which also involves 12 days of set building can still qualify. General pre-production activity, such as location scouting, does not count for qualification.

Sarim Fassi Fihri, the president of the Moroccan Cinema Center (CCM) who has lobbied for this new scheme since taking office in late 2014, told Variety he was “delighted” by the parliament’s decision to adopt his proposal.

According to Fassi Fihri, the new scheme was partly inspired by the 15% cash rebate scheme currently in force in South Africa.

The CCM prexy maintained that it is essential to introduce a competitive tax incentive in Morocco, given that the introduction of schemes in countries such as France and Belgium has reduced the number of shoots from these countries in Morocco.

Morocco is consistently voted as one of filmmakers’ favorite foreign locations. In 2014, it saw a major hike in foreign productions, hosting titles such as “Mission: Impossible – Rogue Nation.” In 2015, 21 feature films and 16 TV series have lensed to date in the kingdom. Recent U.S. shoots include Todd Philips’ black comedy “Arms and the Dudes,” Larry Charles’ comedy “Army of One,” Alexandre Moors’ Iraq War drama “The Yellow Bird,” and Ian Olds’ drama “The Fixer.”

In the build-up to the introduction of the new scheme, Morocco has introduced a tighter control of real production spend, based on controlling bank accounts associated to shoots. Measure has had a significant impact on reported film spend – the official amount in 2014 was $110 million, but under the new rules is likely to be only $40 million for 2015, which according to Fassi Fihri, greatly overplays the true difference in year-on-year expenditure.

Amine Tazi, producer at CLA Studios, has confirmed that 2015 was not as good as 2‎014 but Morocco still hosted very interesting projects, especially in Marrakech and Ouarzazate. Even without the new scheme, Tazi forecasts that 2016 is likely to be as good, if not better, than 2014.

In early December, the first draft of the tax scheme was overturned in the Moroccan parliament, because it applied to both domestic and foreign productions. Under the finally approved scheme, only foreign productions will be eligible.

Fassi Fihri believes that the new scheme will reinforce Morocco’s position as a key foreign location and intensify investments in the country’s studio and locations infrastructures. He predicts that total annual spend could triple over the coming years.