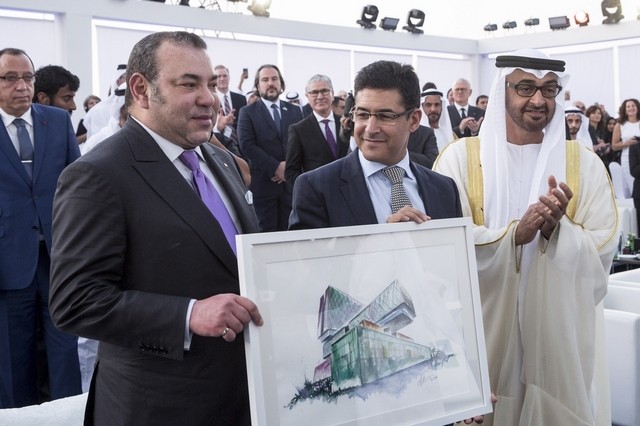 In the ceremony’s opening speech, Khaldoun Khalifa Al Mubarak, Managing Director and Group CEO of Mubadala, reaffirmed the attention given by the UAE leadership to develop various walks of life in the UAE. He pointed out that Mubadala’s completion of the clinic falls in line with the comprehensive development plan specified by the emirate’s government through Abu Dhabi Economic Vision 2030, and its goals which include establishing a sustainable health care sector.

He said that clinic was completed thanks to the wise directives of President His Highness Shaikh Khalifa Bin Zayed Al Nahyan and the direct support of Shaikh Mohammad and close up of Shaikh Hazza Bin Zayed Al Nahyan, National Security Advisor and Deputy Chairman of Abu Dhabi Executive Council. He pointed out that such support reflects the leadership’s keenness to develop an infrastructure as per a long-term development strategy.

For his part, Delos Toby Cosgrove, CEO and President of Cleveland Clinic in the US, praised the close relations between the Ohio and Abu Dhabi clinics, which resulted in the completion of this vital project and a strong and effective partnership between the hospital and Mubadala.

Cosgrove indicated that Abu Dhabi is keen on providing health care services that are in line with global standards to citizens and residents, and emphasised Cleveland clinic’s commitment to be active contributors in this endeavour.

The Cleveland Clinic Abu Dhabi, which saw all of its units operational on May 31 earlier this year, aims to meet all needs of patients by negating travel abroad for health care.

The 364-bed facility operates a 44-bed Emergency Department and is part of a growing network of medical facilities in the emirate by investment and development company Mubadala.

The hospital boasts 182 physicians, 80 per cent of whom come from institutions in the United States, and one-third of them have medical experience at the Cleveland Clinic in Ohio.