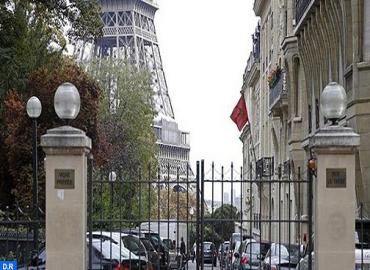 A Moroccan national was killed and two others injured in the terrorist attacks that rocked Paris Friday night, according to the latest toll provided Sunday by Morocco’s Embassy in France.

Another injured Moroccan national was identified among the victims of Paris attacks, the Embassy announced today.

In a first statement on Saturday, the embassy said that a Moroccan national was killed and another injured.

A crisis unit was set up by Morocco’s embassy in France and the kingdom’s consulates in Paris, Colombes and Villemomble as of the announcement of these attacks, the embassy said, noting that the contacts were immediately established with local authorities to identify and provide assistance to potential Moroccan victims.