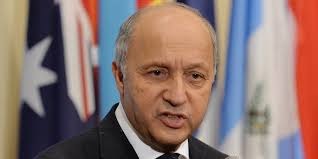 Although the late HM King Mohammed V bravely defended Morocco’s interests, he has never failed to affirm deep bonds with France nor his solidarity in hardships, said on Tuesday French foreign minister, Laurent Fabius at a dinner held in Paris to mark the 60th anniversary of La Celle-Saint Cloud agreements that ended the exile of the late monarch and started transition to Morocco’s independence.

Recalling that French General de Gaulle granted to the Sovereign the prestigious distinction of liberation companion, the head of the French diplomacy also evoked the memory of the late HM King Hassan II who was present both in exile and during his father’s triumphant return to Morocco.

Fabius also paid tribute to the memory of French people who supported Morocco’s legitimate aspiration to independence, stressing that 60 years after the La Celle-Saint Cloud agreement “our two sovereign nations, under the impulse of HM King Mohammed VI and President François Hollande, are looking to a bright future of solidarity”

The two countries are endeavoring together for the settlement of the crises in Libya, in the Middle East, in the Sahel and are closely cooperating to save the planet from global warming, he went on.

France and Morocco are also playing a crucial part in the rapprochement between the two Mediterranean banks and develop trade and entrepreneurship, research and innovation, said Fabius who noted that the strong relations between the two countries in culture are promoting development and securing security, to better serve the youth.

In a message read out by HRH Prince Moulay Rachid, HM King Mohammed VI stressed on Tuesday that friendship between Morocco and France should be able to reinvent itself, at all times, so that both our countries may keep pace with the changes they are experiencing and rise, together, to the challenges of the 21st century.

HM the King also affirmed that Morocco and France should continue to move forward together and to tap their brainpower and acumen to come up with innovative answers to the major issues that are of concern to the international community.