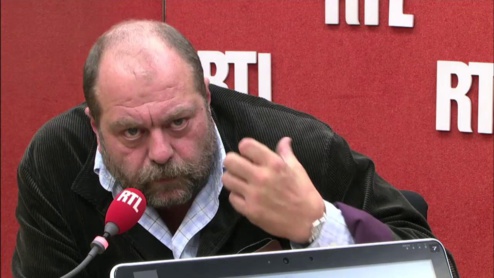 Arrested in Paris, Eric Laurent and Catherine Graciet are suspected of attempting to extort money from Mohamed VI in exchange for the non-publication of a dependent book. They might have been manipulated by a terrorist movement, says Eric Dupont-Moretti, lawyer of the king of Morocco.

Two French journalists and writers are currently heard by the police in Paris. They were arrested in the capital, suspected to have demanded money from Morocco king’s entourage in exchange for their silence. They planned to publish a book  against King Mohamed VI. A judicial investigation for extortion and attempted extortion was opened.

“It all started on July 23, the day the journalist Eric Laurent contacted the royal cabinet and requested a meeting with a representative of the palace because he had something important to ask,” said Eric Dupont-Moretti, lawyer of the king of Morocco. “The palace was then sent King’s representative, one of my colleagues. There, Eric Lawrence said he was preparing a book with Catherine Graciet and they agree not to publish it against the € 3 million, “says the French lawyer.

Immediately, the Kingdom of Morocco filed a complaint with the public prosecutor in Paris and a meeting is organized under the control of the police and the prosecution, the lawyer added. The words of the journalist, who reiterated his offer, are recorded.

A third meeting was held on Thursday, again under police surveillance. This time the two writers are present. “The goal of this meeting was to ensure the involvement of Catherine Graciet and take journalists in the act,” said Eric Dupont-Moretti. “The representative of the palace plays the game and it agrees with the authors on an amount to give them against their silence. They agree to share two million euros with an advance received 80,000 euros today, “says the lawyer. “The two journalists have also signed an agreement today in which they undertake not to publish their book in exchange for 2 million euros,” added the lawyer.

“According to the records, Eric Laurent says that the book is a 360 degrees on Morocco … But I did not have access to books. But it is not necessarily the venality that led this man to this proposal. Based on the information we have, we can think that both authors have been manipulated by a group, a terrorist movement, to destabilize the regime. But it is instructed to determine the mobile, “says the lawyer.