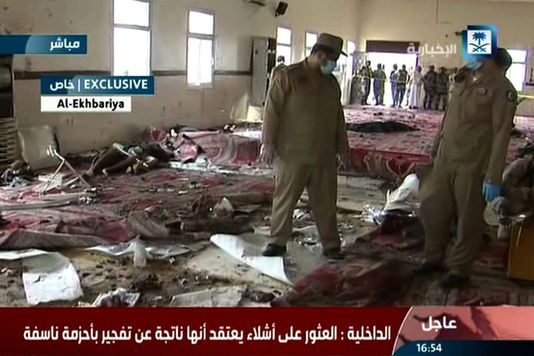 Riyadh – Fifteen people were killed Thursday in a bombing perpetrated probably by a suicide bomber in a mosque in the headquarters of the security forces in the province of Assir in southern Saudi Arabia, reports the Saudi Press Agency.

Quoting a spokesman for the Interior Ministry, the same source said the attack occurred in a mosque in the headquarters of the Special Forces in Abha, capital of the province, at the prayer of Dohr.

“The terrorist attack targeted the faithful,” said the spokesman, adding that “ten policemen and three employees were killed and nine people injured, three seriously.” “The human fragments were found at the scene, which could be due to the detonation of an explosive belt,” he said, noting that investigations are underway under the supervision of the competent authorities.