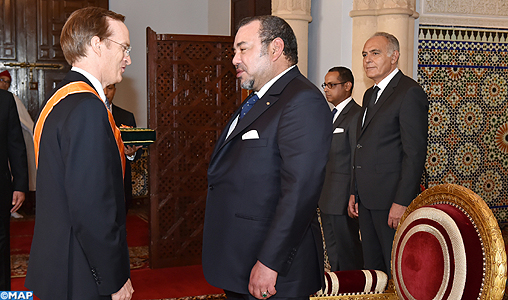 Rabat – His Majesty King Mohammed VI received Wednesday at the Royal Palace in Rabat, MM. Charles Fries and Jose De Carvajal Salido, respectively Ambassadors of the Republic of France and the Kingdom of Spain, came to take leave of the Sovereign at the end of their missions in the Kingdom.