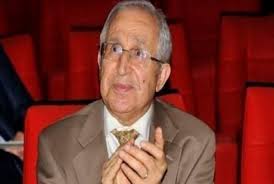 Mohamed Larbi Messari died July 25 in Rabat at the age of 79 years, the MAP reported. He was Minister of Communications from 1998 to 2000 in the first government of Youssoufi. In addition to his political career, he was also a historian, journalist and diplomat. He has held the post of ambassador of Morocco in Brazil. As a historian, he has written a book on Mohammed V and another on relations between Morocco and Spain.

Washington to Spend 465 $ Million for Fighting Terrorism in Africa

State of Health Emergency: Launch on Monday of Exceptional Operation to Establish…

National Child Day: INDH Renews Commitment To Promoting Situation and Rights of This…

Ministry of Endowments and Islamic Affairs Dismisses Allegations On Reopening of…