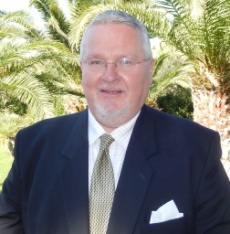 Why Africa may leave the ICC

It has taken Africa just over a decade to conclude that the International Criminal Court (ICC), established in 2002 by the Rome Statute, is simply unfit for purpose. That certainly is the conclusion of the South African government following the recent African Union summit in Johannesburg. The institution many African countries signed up for post 1998, a court that promised to pursue injustice without fear or favour, is not the one they see before them today. They were sold a false bill of goods. The ICC’s claims to international jurisdiction and judicial independence are institutionally flawed and the Court’s reputation has been irretrievably damaged by its racism, blatant double-standards, hypocrisy, corruption and serious judicial irregularities.

While the ICC presents itself as the world’s court this is simply not the case. Its members represent just over one quarter of the world’s population: China, Russia, the United States, India, Pakistan and Indonesia are just some of the many countries that have remained outside of the Court’s jurisdiction.

A court is also only as credible as its independence. Far from being an independent and impartial court, the ICC’s own statute grants special “prosecutorial” rights of referral and deferral to the Security Council – by default its five permanent members (three of which are not even ICC members). Political interference in the legal process was thus made part of the Court’s founding terms of reference. The Court is also inextricably tied to the European Union which provides over 60 percent of its funding. The expression “He who pays the piper calls the tune” could not be more appropriate. The fact that the big five ICC funders are Africa’s former colonial masters also sits uneasily with a continent suspicious of recolonisation by questionable legal diktat. The EU is additionally guilty of blatant political and economic blackmail in tying aid for developing countries to ICC membership.

Africa is also correct when it points out that the ICC is self-evidently a racist court, in that it treats one race of people differently to all others. Instead of impartially enforcing the Rome Statute, the Europeans have chosen to focus the Court exclusively on Africa. African heads of state have spoken of “race hunting”. Despite having received almost 9,000 formal complaints about alleged war crimes in at least 139 countries, the ICC has chosen to indict 36 black Africans in eight African countries. In so doing the ICC has ignored all European or Western human rights abuses in conflicts such as those in Afghanistan and Iraq or human rights abuses by Western client states. While the ICC’s key first two cases were African “self-referrals” it is now clear that the African governments were made “an offer they could not refuse”: refer yourself and we will only indict your rebels – if not we will indict both government and rebels.

The ICC has emerged very much as a European-funded and directed instrument of European foreign policy. Broader western hypocrisy is all too evident. The United States has forcefully pointed out that the ICC is a kangaroo court, a travesty of justice open to political influence and that no American citizen will ever come before it. Washington is nonetheless very happy, for its own political reasons, to demand that black Africans appear before it.

Double standards and politics aside, the ICC has shown itself to be irretrievably dysfunctional. The court’s proceedings thus far have often been questionable where not simply farcical. Its judges – some of whom have never been lawyers, let alone judges – are the result of grubbily corrupt vote-trading amongst member states. Far from securing the best legal minds in the world this produces mediocrity. At least one elected “judge” had neither law degree nor legal experience but her country had contributed handsomely to the ICC budget. The Court has produced witnesses who recanted their testimony the moment they got into the witness box, admitting that they were coached by non-governmental organisations as to what false statements to make. Dozens of other “witnesses” have similarly disavowed their “evidence”. Most recently the ICC prosecutor had to admit that one of its own star witnesses in its case against Kenyan Vice-President Ruto was “a thoroughly unreliable and incredible” witness.

And then there has also been the ICC prosecutor who was not only seemingly unaware of the legal concept of presumption of innocence but also threatened to criminalise third-parties who might argue a presumption of innocence on the part of those indicted – and as yet unconvicted – by the Court. A clearer case of Alice in Wonderland justice, along the lines of “sentence first, verdict afterwards”, is difficult to find. There has been prosecutorial misconduct, not least of which hiding exculpatory evidence, which should have ended any fair trial because they would have compromised the integrity of any legal process. The ICC’s first trial proceeded erratically because of crass prosecutorial misbehaviour and judicial decisions to add new charges half-way through proceedings, a move that was subsequently overturned. Simply put, the Court and the prosecutor have been making things up as they go along.

The ICC claims to be “economical” and to bring “swift justice”, yet it has consumed more than a billion Euros in its 13 year existence and has only secured two questionable convictions. The ICC claims to be victim-centred yet Human Rights Watch has publicly criticised the ICC’s ambivalence towards victim communities. The ICC claims to be fighting impunity, yet it has granted de jure immunity to the United States and afforded de facto immunity and impunity to NATO member states and several serial abusers of human rights who happen to be friends of the European Union and United States.

Far from bringing peace to Africa, the ICC’s double-standards and autistic legal blundering has derailed delicate peace processes across the continent – thereby prolonging devastating civil wars. The court is responsible for the death, injury and displacement of many thousands of Africans. The ICC’s involvement in Uganda, for example, destroyed peace talks in that country, intensifying the conflict which then spread into three neighbouring countries.”

The reality is that the ICC is an inept, corrupt, political court that does not have Africa’s welfare at heart, only the furtherance of Western, and especially European, foreign policy and its own bureaucratic imperative – to exist, to employ more Europeans and North Americans and where possible to continue to increase its budget – all at the expense of African lives. Three cheers for South Africa pointing out that the Emperor is naked.