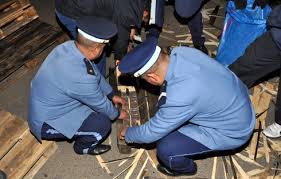 Seizure of 2.97 Kilograms of Cocaine at the Mohammed V airport

Rabat – The Judicial Police of Casablanca Mohammed V International Airport was arrested Saturday a Guinea Bissau national from a Latin American country in possession of 2, 97 kg of cocaine, said in a statement Directorate General of National Security (DGSN).

The police investigation led to the seizure of part of the drug (2.73 kg) in the luggage of the questioning. The other quantity (240g) was found hidden in the underwear of the defendant after the health service at the airport has conducted a body search of the latter.

According to preliminary investigation, the questioning came to Morocco by making use of falsified identity and travel documents and planned to leave the country this afternoon to the capital of Guinea Bissau.

The accused was placed in custody by order of the public prosecutor, waiting to be brought before justice.