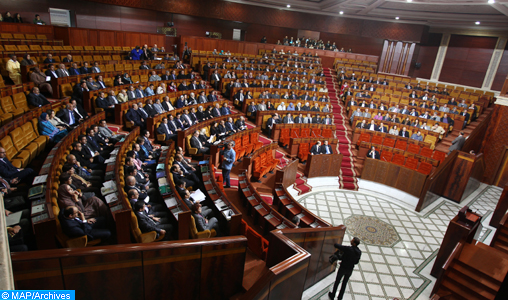 Rabat – The House of Representatives adopted Tuesday the bill approving the Protocol to the Convention on Mutual Assistance in Criminal Matters between Morocco and France signed February 6, 2015.

Minister Delegate to the Minister of Foreign Affairs and Cooperation, Mrs Mbarka Bouaida, said on this occasion, that the amended text introduced a new Article “23a” under “implementation of international conventions”, has the goal to consolidate data exchange between judicial authorities, ensure smooth procedures and optimize management skills.

This amendment aims to strengthen links between judicial institutions in the two countries based on mutual respect for sovereignty and in harmony with the common international commitments, as well as contribute to greater relevance of binding international agreements, on the basis of equality and respect.

In a speech, the majority said that this project is a solution to the crisis of a year between the two countries, following the freezing of judicial cooperation by the Moroccan government because of a series of events affecting the national sovereignty and the provisions of the MLAT.

Most groups have stressed that Morocco has become a major player for stability in the Mediterranean region, especially after the unrest of the Arab Spring, noting that the constitutional and legal reforms carried out in recent years give credence to the commitments of the State in terms of implementation of international conventions, mainly legal.

They welcomed the important steps taken towards the implementation of the constitutional principle of accountability, rejecting any challenge to the election or any suspicion of good intentions in the matter.

The opposition, meanwhile, lamented the lack of public debate on this important convention, contrary to what happened in France, noting however that it is able to end the legal dispute arose between the two countries and promote cooperation in the security sphere, in order to preserve the interests of both parties and to bring about a rebalancing judicial sovereignty.

The opposition parties praised the professionalism with which the government has handled this crisis, which has rehabilitated behavior of national sovereignty. Morocco Arrested Terrorists are Planning for Suicide Bombings in Morocco

Muslims and Jews Gathered for an Iftar in Casablanca