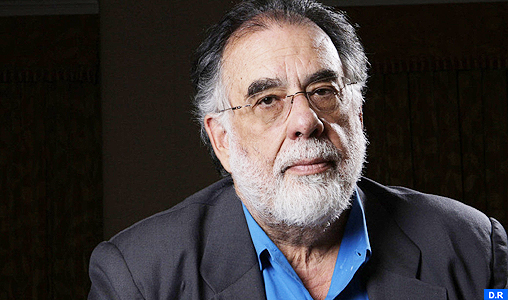 Francis Ford Coppola is part of that generation of filmmakers, fond of pop culture and proud of their independence, which will upset the American cinema in the late 60s Marrakech still keeps his memory alive when he was honored by the Festival in 2002, and his masterly intervention in a master class in 2010. A friendship developed between what is so great filmmaker and Morocco.

“The Kingdom of Morocco is one of my favorite places in the world, so it is with particular pleasure that I attend the Marrakech International Film Festival. My paternal grandmother was born in North Africa (Tunisia more accurately), and I remember well the stories she told me. These personal and family affinities, added to the fact that Morocco was the first country to recognize the American colonies as an independent nation, make me feel all quite welcome, “said the legendary American director, quoted by the press.

Born in Detroit in 1939, Coppola grew up in New York, in Queens. Stricken with polio as a child, he spent much time in bed and discovered a passion for cinema by playing with a miniature projector.

Student enthusiastic and prolific theater and film at universities and Hofstra UCLA, he was noticed by winning the Oscar for best screenplay for PATTON, before realizing the Godfather trilogy, and APOCALYPSE NOW SECRET CONVERSATION.

As a screenwriter, director, producer and pioneer of new audiovisual technologies, Francis Ford Coppola is the author of a work that helped shape the contemporary American cinema.