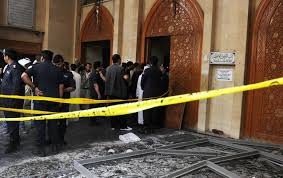 27 killed in Daesh Attack at Shiite Mosque in Kuwait

Kuwait – Twenty-seven people were killed and 202 others were injured in the attack Friday in a mosque at the capital of Kuwait, reported the official news agency KUNA quoted the Ministry of Interior.

After the attack claimed by the organization “EI”, the Council of Ministers of Kuwait will hold a special meeting to consider the circumstances and consequences of this explosion.

Similarly, the President of the National Assembly of Kuwait, Marzouk Al Ghanim Ali, called the office of the meeting to hold an extraordinary meeting following this act, the source added.