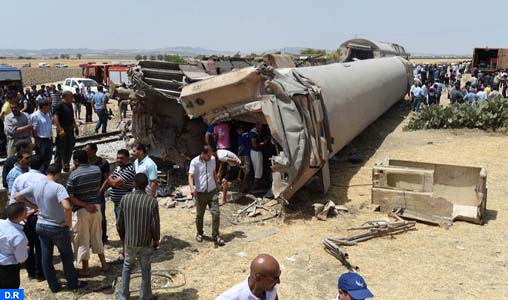 Tunis – The death toll of the collision between a train and a truck, occurred Tuesday morning in north-eastern Tunisia, amounted to 18 dead and dozens injured, including severe cases said a medical source.

The balance sheet is expected to rise given the severity of the condition of some victims, said the same source in a statement on national television.

The train, which was traveling to Tunis, has crashed headlong into a trailer truck near the town of El Fahs, located sixty kilometers from the capital.

According to local authorities, the truck driver did not respect the traffic signs.

Rescue teams and nearly thirty ambulances were dispatched to the scene of the tragedy.