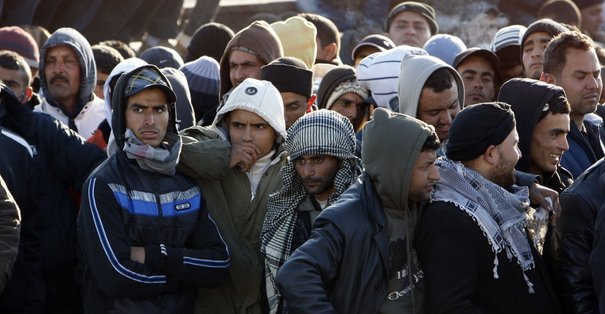 Rabat – A second amendment to the memorandum of understanding for the implementation of a cooperation program between Morocco and the International Organization for Migration (IOM) on the voluntary return and the reintegration assistance in their countries of origin of migrants residing illegally in the Kingdom was signed Monday in Rabat by the Minister Delegate to the Minister of Interior, Mr. Drais Cherki, and the Director General of the IOM, William Lacy Swing.

This is an amendment to the Memorandum of Understanding of 11 June 2007, between the Department of the Interior and the International Organization for Migration, said the Interior Ministry in a statement.

This new memorandum is part of efforts by the Kingdom of Morocco for the implementation of humanistic migration policy, and that, in accordance with the instructions of the High Majesty King Mohammed VI, the same source.

The signing ceremony was attended by the Ambassador Permanent Representative of the Kingdom to the United Nations in Geneva, Mr. Mohamed Aujjar, and IOM Chief of Mission in Morocco, Ana Fonseca.

Mr. Drais, who received on this occasion Mr. Swing reiterated “the commitment of the Kingdom of Morocco for anchoring a humanist and migration policy respectful of human rights in general and migrants in particular” .

For its part, the IOM DG welcomed the new migration policy initiated by HM the King, emphasizing the exceptional partnership dimension which governs the IOM’s relations with the Moroccan authorities.

The Ministry of Interior has conducted voluntary return operations, in collaboration with IOM services in Rabat, which allowed assisted return to their countries of origin than 1,000 irregular migrants in Morocco during ‘fiscal year 2014, the statement said. Finals of the Trophée Hassan II of Tbourida Started Monday