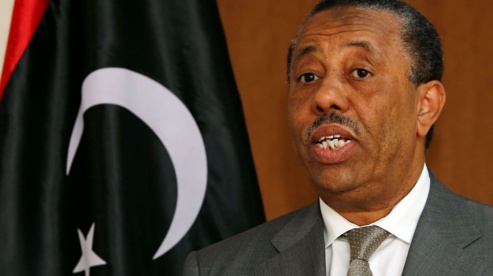 Tobruk – The head of the Libyan provisional government Abdellah Theni unharmed on Tuesday of an assassination attempt, said the spokesman of the government headquarters in Tobruk (East).

The convoy of Libyan Prime Minister was attacked by unknown assailants aboard five vehicles before the occupants of one of them opened fire on the car of Mr. Theni to wound a companion, said the same source.

The head of government recognized on the world stage was returning from a meeting of the elected Parliament shortened for safety reasons.