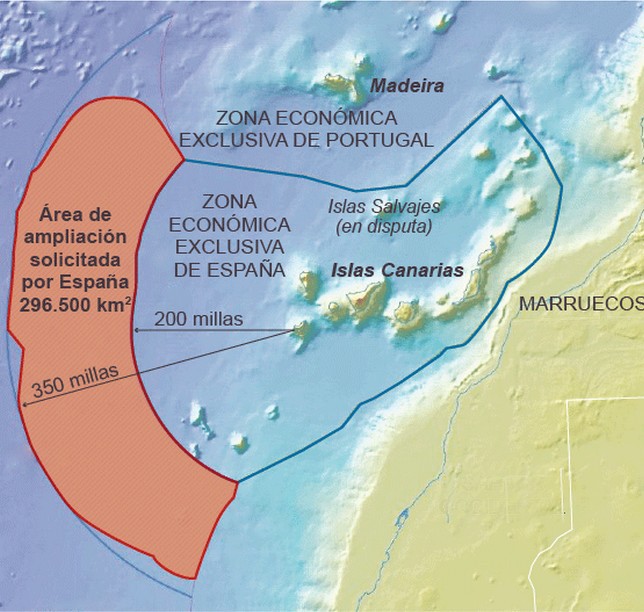 New York: Spain has told the UN that its approach to expand the territorial sea of ​​the Canary Islands, is perfectly legal and it respects international law.

Indeed, Spain has responded to the Moroccan protests against its decision to file to the UN, an application for release of its maritime boundary on the side of the Canary Islands, off Morocco.

According to the Spanish newspaper El Pais, Madrid has chosen to respond to Moroccan accusations, with a short sentence:

“The proposal of Spain does not constitute a unilateral delimitation of its maritime space. It is consistent with the United Nations Convention on the Law of the Sea”

The Moroccan government in March, sent a protest letter to the UN in order to denounce the unilateral Spanish expansionism in a sea area where it can have only maritime space limited to 12 miles. The Canaries are non autonomous Spanish provinces.

Spain had lodged on 17 December 2014, its application for release of the maritime area of ​​the Canary Islands at the expense of Morocco. The coming months will be decisive in this case, since this summer, Madrid begins its plea for its project, before the UN Commission on the Limits of the Continental Shelf. The discussions with the Moroccan protests promise to be lively.

According to the United Nations Convention on the Law of the Sea, non-independent islands, as is the case of the Canary Islands, which are only the Spanish provinces, can not claim to territorial waters beyond 12 miles or 22 , 2 km. This maritime perimeter is what is recognized in the Canaries by the European Commission.