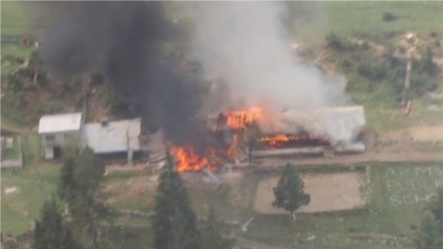 Pakistan: At least 47 dead in fighting between tribes

Peshawar – At least 47 people were killed and 25 others wounded in fighting between Pakistani tribes fighting over a mountainous area near the Afghan border, said a source of security services .

The tribes Mada Khel Khel Kabul and Paipali North Waziristan since Friday clashed violently in order to control the area, said the source, adding that “fighting in the village of Mandi Laoaara in Data Khel area made up here 47 dead and 25 wounded. ”

North Waziristan is one of seven semi-autonomous regions that the Pakistani army and evil control where deploying armed militias.

The United States introduced such areas as the most dangerous in the world, explaining that they were used as-hub to the Taliban rebels and Al Qaeda.

Tunisia: discovery of more than 60 camps of terrorist groups since 2014