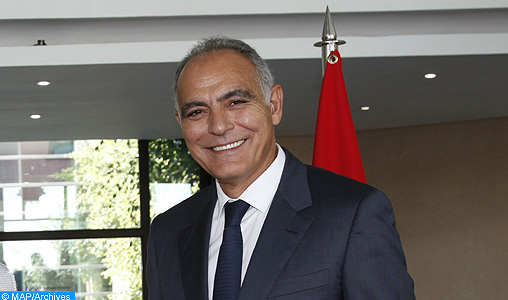 Jakarta – The Minister of Foreign Affairs and Cooperation, Salaheddine Mezouar arrived Tuesday in Jakarta, to represent Morocco at the Asia-Africa summit held in commemoration of the 60th anniversary of the Conference Bandung giving rise to the Non-Aligned Movement.

On the sidelines of the summit held under the theme “the development of South-South cooperation for prosperity and peace in the world,” Mezouar will hold talks with Indonesian officials and several heads of delegations.

He will also deliver a speech on behalf of Morocco at the plenary session of the summit is being attended by heads of state and government, as well as foreign ministers from 86 countries.

A forum for men of African and Asian Affairs will be held in conjunction with this event, which also will include representatives of organizations and international bodies including the UN, the Arab League, the Association of the nations of Southeast Asia ( ASEAN) and the Asian Development Bank.

According to organizers, the Asia-Africa Summit is an opportunity to reflect on ways to strengthen cooperation between Africa and Asia in various areas, for a better future, in the spirit of the strategic partnership Asia -South signed in 2005 in Bandung.

The Bandung Conference, held from 18 to 24 April 1955, was sanctioned by a final communiqué insisting on respect for the sovereignty and territorial integrity of states and the consolidation of political, economic and cultural cooperation between the countries two continents.

Three dead in the collapse of a mine in Jerada