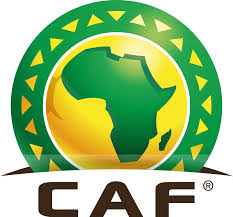 Cancellation of sanctions against the FRMF: CAF agrees to the decisions of TAS

Cairo – The Executive Committee of the Confederation of African Football (CAF), meeting in Cairo on Sunday, took note of the decision of the Court of Arbitration for Sport (CAS) in the case brought before that body by the Royal Moroccan Football Federation (FRMF) and pledged to implement it.

“The CAF, which joined the authority of the jurisdiction of the CAS, has committed to implement the decisions and will comply with this commitment,” reads a statement on the CAF website.

The CAS had canceled last Thursday sanctions by the CAF to the FRMF the exception of the fine reduced to US $ 50,000.

International jurisdiction of Sport, based in Switzerland, said in effect admitting “largely” the appeal procedure initiated by the FRMF about sanctions taken against him by the CAF.

Morocco had requested the postponement of the CAN, originally scheduled for January 17 to February 8, 2015, due to the Ebola outbreak, after which the CAF Executive Committee decided to suspend the Moroccan squad for CAN 2017 and 2019 and impose the FRMF two fines of $ 1 million and 8.05 million euros in compensation. Northern Mali: One dead and three injured in rocket attacks in Gao