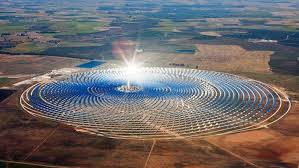 Three intergovernmental agreements on financial cooperation to a total of 445.6 million euros were signed Monday in Rabat, for the financing of renewable energy projects and clean water.
Signed by the Minister of Economy and Finance, Mohammed Boussaid and the German Ambassador to Morocco, Volkmar Wenzel, which are designed to finance projects of solar and wind energy, integrated water resources management and of seawater desalination.
Mr. Wenzel noted that Morocco and Germany have become strategic partners in promoting renewable energy and energy efficiency. “Morocco occupies a prominent place among Germany’s partners,” said the Ambassador, focusing on the level and quality of cooperation between the two countries.
Germany is the eighth trade partner of Morocco. German direct investment in the Kingdom amounted to € 118 million in 2013, representing 3 per cent of foreign direct investment by Morocco and drained 6 pc of the flow of German investments in North Africa.