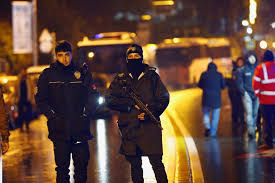 The Moroccan embassy in Ankara and the Kingdom’s consulate in Istanbul set up a crisis cell in contact with the competent Turkish authorities, following the terrorist attack that hit Saturday night a nightclub in Istanbul.

A statement by the Moroccan embassy said that the said cell can be contacted using the following numbers:

According to the same source, three Moroccan nationals were slightly injured and admitted to the hospital.

At least 39 people were killed and 69 others wounded during New Year’s celebrations Saturday after a gunman opened fire at an Istanbul nightclub, according to Turkish Interior Minister Suleyman Soylu.