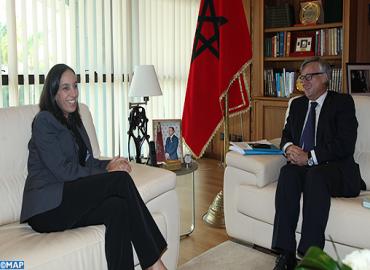 “Cooperation between Morocco and Spain in illegal immigration and counterterrorism is excellent. We praise Morocco’s leadership in this field”, Ybanez Rubio told the press following a meeting with Minister Delegate to the Minister of Foreign Affairs and cooperation, Mbarka Bouaida.

“This meeting was an opportunity to review the exemplary bilateral relations”, the Spanish official said, hailing the “excellent cooperation” between Madrid and Rabat in all fields.

He also hailed the strong economic ties between Morocco and Spain, recalling that Spain is the leading supplier of the Kingdom.

“We have also discussed the situation in some countries of the region, especially in Libya,” Rubio Ybanez said, hailing the role played by the Kingdom in the conclusion of the Skhirat Agreement, which allows the formation of a national unity government in this country with the support of the international community.